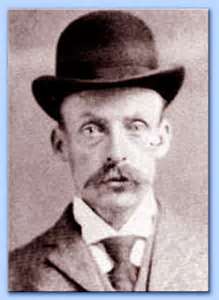 On may 18, 1870 one of the most notorious American killers of all time was born. Even before Fish was born there was a possibility of him becoming mentally sick becasue 10 previous family members were mentally ill. When Fish was 5 his father died at the age of 80. After the death of his father, Fish's mother could not take care of him any longer and sent him to a orphanage. Every Saturday Fish would run away from the orphanage only to be found or come back. At the orphanage Fish would be beaten and assaulted. After a while Fish figured out he enjoyed the pain and agony, and this later lead him to pushing nails into his groin. At the age of 7 Fish's mother took him back. After his mother took him back he began to have. When he was 12 he bagan to have homosexual realtionships and got into drinking human urine and eating feces. On the weekends he would go to public baths to look at boys undress. After graduating high school Fish began traveling the country commiting crimes such as male prostitution. The prostitution continued through his marriage in which they had six kids. Fish was a suprisingly good father and grandfather but his feeling qucikly changed towards children in which he said he had "Lust for there blood".