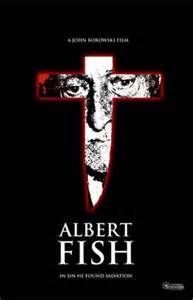 The Albert Fish case has had a major effect on how we protect our children today. When Fish was starting his killing spree kids were free to pretty much go wherever they wanted because nobody would bother them. Since Fish line like "stranger danger" have come around. all of those type of lines have a common theme and that is, not to talk to strangers.

Along with being more protective over kids many movies have come around because of Fish. The Gray Man was a movie made in 2007 about the man himself. Another movie about Albert Fish was "In Sin He Found Salvation".